I started to like history after I saw the show: connections with dad and he would describe the connections, and interrelatedness of one invention or event to other things, like the case of the printing press.

Everything seemed so clear after I read On-Intelligence, as if all my previous opinions were melded into a coherent framework of how we think and it was so obvious, it was like the better proofs in mathematics... Damn it, I should have thought of that.

Not exactly like a chess player is able to think various moves in advance, but more like they are able to alter the order of a known strategy to change the flow of a game... Like a guided chain of events defying the butterfly effect; as if further proof where needed to understand life as a constant defial of entropy...

When you can tell someone hasn't made the connection yet, between where you where and how you are planning drive back home.

Today I commented: 'he's a little short-linked' regarding his depth of foresight (or more appropriately: association). All due to Luijo mentioning how many people go about conversations and some tend to skip some thought associations

And it reminded me about questions regarding this asosiative ability and short term memory. I don't know if its simply just a higher short term memory that allocates you to bucket more data there, or if its a general HTM design issue with more buckets per layer and a higher interconnect and therefore better cross referencing...

Can you be creative and short linked? can linkedness be brain area specific? (it would seem so). Is it genetic? How much can be rewired?

I've always been a little Socratic? How much did the Athenens work it?

Who wants to see: The day the universe changed with me?

Teach Yourself Programming in Ten Years

Marcos Lara just shared this del-icio-us bookmark about peoples rush to be great at something in little time, and the reality of how much effort is needed to be REALLY GOOD at something...

It has profound implications on other areas and aspects of life, and i'm associating it with conversations I have had with Omar over my perception of people... Lots more to write about this.. will post updates

by Rodolfo Hansen at 4:15 PM No comments:

While Gizmodo writes about an unidentified space object seen by Hubble, senator John McCain took a questionare from Scientists and Engineers for America

McCains info is slashdotted, and as for Hubble... :D. We may never know if it as a spec of dust, an Imperial Destroyer or the spontaneous creation of a micro-universe...
by Rodolfo Hansen at 2:37 PM 2 comments:

Someone Agrees The Anthropic Principle is a load of Bull...

... It seems that there are always people who will argue for specialness.
First there was the luminiferous aether, then the anthropic principle,
and now an entanglement frame. With the possible exception of the
anthropic principle (and I wouldn't put money on that surviving the
next 50 years), none of these ideas survive for very long...

by Rodolfo Hansen at 2:54 PM No comments:

Email ThisBlogThis!Share to TwitterShare to FacebookShare to Pinterest
labels: game

Andy is starting a fitness company in London

One of my best mates is starting a personal training and fitness company in the London area! :D He has the idea of getting to all the lazy bums flats and offices so they can't give lazy excuses of time / distance to the gym. This is his "mobile studio" : 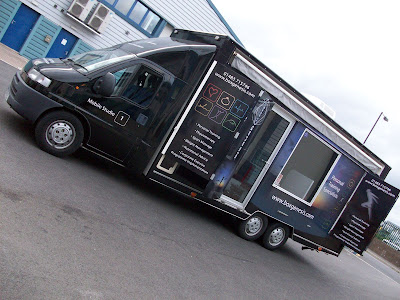 The Shocking Video Hillary Does NOT Want You To See! (1of2)

by Rodolfo Hansen at 1:43 PM No comments:

Jonathan Drori: Why we don't understand as much as we think