by Rodolfo Hansen at 4:05 AM No comments:

Octavio Paz
by Rodolfo Hansen at 2:39 PM No comments:

Science and religion are orthogonal in that they do not clash. The same as your dreams and waking life co-exist.

In their winding roads, a scholar and a preist may become best friends and share their joys and experiences, but there world view could never be equal; one sees angels, spritis and prophets while the other sees comets, quasars and the experiment.

Again, seriously???
by Rodolfo Hansen at 3:11 AM No comments:

Que verguenza... Pero lo volveré a intentar en 2 semanas. No me dejaré ahí...
Comming back down... 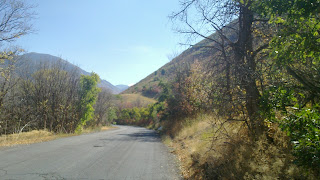 Fermi's Paradox and it's insights outside of space-time

The jury is still out on the exact probability with which civilizations arise in a galaxy, but Fermi's paradox is a very true, and important question.

After science feels confident on a more precise estimate for the probability of the development of civilization, and we have either: evidence of other civilizations, or a more accurate calculation of what is expected, I believe the results may be used in connection with the Simulation Argument. That is: If we never find extra-terrestrial life, it should a strong argument to believe we are running inside a simulation.

Yes, I am aware fermi's paradox, and the simulation argument are rather orthogonal, but you must accept there is at least SOME interplay here.

by Rodolfo Hansen at 2:59 AM No comments:

Its funny sometimes when you get back to your roots, and find yourself in such a comfortable position, that feeling of homelyness; plus its healthy!

The trip from Provo was a whole other story though... got lost twice, ran around in circles, both tiresw got flats with a total of 7 holes, did the repairs myself, and finally made it back home 5 hours later. It was just one of those days...

I remember the first time I was challenged to respond: "Why is there something rather than nothing"

I was about 16, and started my answer with: "Why not?"; its been an interesting progression since then. I had just read Stephan Hawkings' Brief History of time, so I was repeating these very notions. Later on, discussing with my grandfather how the anthropic principal was just misguided reasoning. I guess conscious atheists go through this process of liberation and humanization; an emotional situation Andre Comte-Sponville refers to as Joyful Despair.

by Rodolfo Hansen at 2:59 AM No comments:

Its amazing how reality can just dig deep into your bones and wrench existence itself up to the border of your skin, where it sizzles and raises your hairs to the tone of electrified stem cell marrow!

That delicate balance of breathing; of self-awareness, of being able to fight for confirmation of your own objective presence.

To me life is here for its own sake, existence is self-contained, each day is a self-endowed gift to be shared and cherished.

I live to fight, i fight to live, I live to think, I think therefore I am, and I am here to share myself, this glorious day, and this glorious life; no mater how short with who ever chooses to listen; and I will tell you this: I am in love with living, its an intoxicating experience to see the sun rise each day and fuel this greenhouse paradise of bonsai pets and thousand year old oaks!

I have an idea for a book:

Life, throughout death. A chain of events (though a thousand years) in which a begger's exists changed the future world as we know it.

Would you read it?

by Rodolfo Hansen at 3:13 PM No comments:

Free form study of empty ties. Lovely friendship lost in the swaying sea of missed calls and lost meetings. The sound of red would seem to be indistinctly eerie or sublime depending on your mood.... Which would make us think interpretation is everything.
by Rodolfo Hansen at 11:43 AM 2 comments:

Email ThisBlogThis!Share to TwitterShare to FacebookShare to Pinterest
labels: art

I've just read: Maybe the math behind string theory is overrated anyways by John Timmer over at Ars Tecnica, and I am very dissapointed Ars actually let such nonsense through...

It seems the panel as well was just as missguided; I am rather saddened some scientists may actually think such things... I would have assumed scientists, above other profesionals, would appriciate the role of mathematics in human expression, much less insinuate abandoning it as a form of expressing scietific thought.

<
So, yes, it seems Mathematics will always be incomplete, and yet, it's own requirement for consistency has led to this very same proof. Science, as well, will never know if any given interpretation is indeed 'reality', but it's very ability to predict / simulate reality is the reason we have come to this realization. I cannot fathom how thinking minds would consider these notions as failures!

Sometimes, we expect too much from this world, which, by the ways seams to seriously prefer consistency over completeness. Given the following examples:

etc. What I see in mathematics and science through these 2 ideas is quite the opposite of failure; it is a sense of purity, self-healing and garuantees of reliability.

This is not to the exclusion of our ability to dream. Quite the contrary, to me, mathematics and science belong at the summit of the human dream; they are our dreams brought to life and tested againt life itself. As we continue to dream, our thoughts in mathematics and science will continue to grow and allow us a truely wider window into this wonder that is existence.

String theorists have never enjoyed Occam's razor, but this is rediculous...

by Rodolfo Hansen at 2:04 PM No comments:

Sometimes it takes reading the same thing over and over again; sometimes it takes a simple author's constant nagging and moaning over the plight for life, "short as it might be"... To change your view on things.

After having spent years discussing whether life is a right or a gift, the point of existence; that eternal question of life, the universe and everything, or the philosophical validity of the strong anthropic principal; I think I've broken through and fallen deeper still into the valley of despair (a joyful and beautiful valley, mind you).

It's regarding the end of the universe, the end of all life (same as we all know we will someday die, yet secretly hope that day will never come):
Although it's been a long time since I've come to truthfully embrace my eventual death, at first, I had managed it by holding on to a particular sense of continuance: the mark of my having lived becoming forever etched into the fabric of existence; the joy brought forth by my own, particular, threads woven into reality and the rest of life. All the while sustaining myself by the notion of existence itself being unending, of having a way around some particularly threatening physical observations (more precisely: the laws of thermodynamics).

Today, or rather, just now, I realize I have let go of that fundamental (at least to me) hope that for someone, somewhere, at some time there will always be a "tomorrow".

I now feel comfortable to think that existence itself, the universe, will be no more. Accepting that eventually there will be no life as we know it, or ever be able to know it. Thinking that someday, this fanciful fabric of existence, through which my actions transcend, will as well cease to be now fails to rattle me in terror.

It's as if I've disintegrated all life, and then not only said: 'hey why not?', or 'what would a good question to 42 be?', but then had the chance to play with it, only to have it away, without achievement, without meaning, unwaveringly, inconsequentially, simply lost it, abandoned it. Voided life.

Our current reality is that in all likelihood, such a thing will happen; eventually...

To which I've responded from this gorgeous valley, this almost literal oasis of life:
'So what?! It's still worth enjoying!' 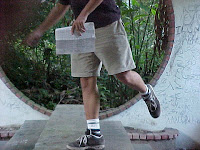 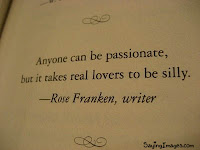 Children have a very clean unadulterated mode of argument.

There is a fine line between complexity and chaos... Maybe that is why we should always head the words of simple minds...

This dialog with a child reveals an Aristotelian handling of logic. It also reveals how easily accepted new information becomes incorporated as truth.

This article and its related investigation are a testament to the speed evolutionary trait modification can take place when the stakes are high.

These changes have been taking shape in as little over a dozen generations!

Moscow's Stray Dogs Evolving Greater Intelligence, Including a Mastery of the Subway
by Rodolfo Hansen at 11:46 AM 1 comment: